Giving back and supporting local Yorkshire communities and good causes

As a UK manufacturer there are a number of sustainable resources from our supply chain which can be easily recycled or reused to create environmentally friendly products.

Some of the components used in the manufacture of our integral blinds are delivered to us in small wooden boxes. We have donated these boxes to local schools and community groups who have been exceedingly creative with them, finding new uses such as creating pieces of art, making time capsules, treasure chests and memory boxes, toy boxes and display cases – some of them are then sold and the money raised donated to charity.

Children at Kippax North Primary School in Leeds have made memory boxes, treasure chests, curiosity boxes and picture frames while St John Fisher Catholic Primary School used the boxes to create personal memory boxes for students in honour of their 50th anniversary. The boxes, which the children decorated and filled themselves, were then buried in a time capsule. Other beneficiaries of our boxes include the Japanese Garden Society and a local craftsman who uses them to create bird houses and bug hotels, to aid garden biodiversity.

We donate our glass off-cuts to a local glass artist Gael Spishak, who gives them a new lease of life as works of art. Using her own home studio, she melts the glass down and reforms it to produce stunning pieces of glass wear. Items she creates include bowls, decorations and even a Nativity scene, all of which are subsequently either sold in aid of charity or donated to community groups.

We are always keen to hear from charities, schools and good causes in the Leeds and Yorkshire areas who may need our help. We can’t promise to help everyone but if every business took the time and effort to give back to their local communities then the world would be a much better place. 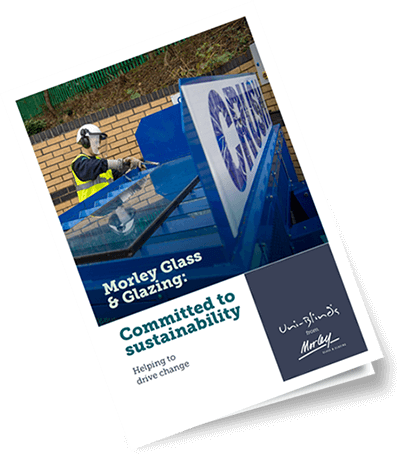