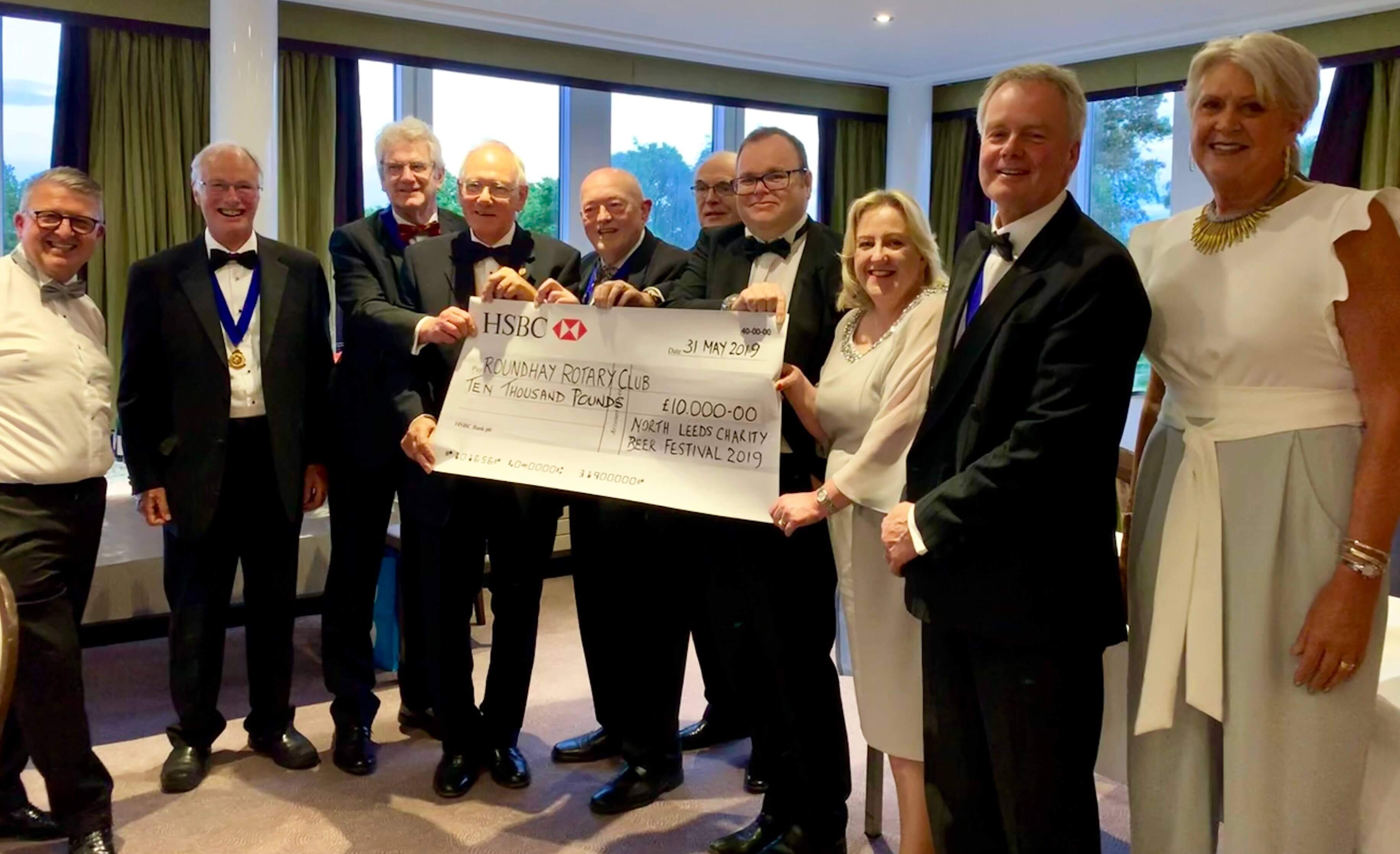 Morley Glass & Glazing has sponsored the 8th Annual North Leeds Charity Beer Festival, which this year raised more than £10,000 to fund worthwhile projects in Leeds, as well as nationally and even worldwide.

Organised by the Rotary Club of Roundhay, which recently saw Morley Glass’ very own finance director Kathy Short appointed to the role of president for 2019/20, this year’s annual community charity fundraising festival featured all things Yorkshire with 36 real ales, 8 gins and a prosecco bar for the first time. Also new for 2019 was the Family Friendly Saturday Session which proved a huge success with local families.  Local Leeds bands provided musical entertainment at the festival over both days and food was available in the form of home-made samosas as well as pie and peas.

Since it began in 2012, the North Leeds Charity Beer Festival has raised almost £40k for charities. Funds raised from the seven previous beer festivals have made it possible for the Rotary Club of Roundhay to back charity projects in the local community and beyond. The Lakeside café playground at Roundhay Park was one such project they were able to support. The club also installed two defibrillators situated outside Moortown Health Centre and Oakwood Surgery.

As headline sponsor, Morley Glass & Glazing enjoys the chance to share in and engage with a great community event whilst helping good causes at the same time. Ian Short, Managing Director of Morley Glass says: “We were delighted to be able to sponsor the 8th Annual North Leeds Charity Beer Festival. This is exactly the type of initiative we like to be involved with as it perfectly reflects our ethos of giving back to local communities. I enjoy personally rolling up my sleeves and helping alongside the Rotarians and very much look forward to the event every year.”