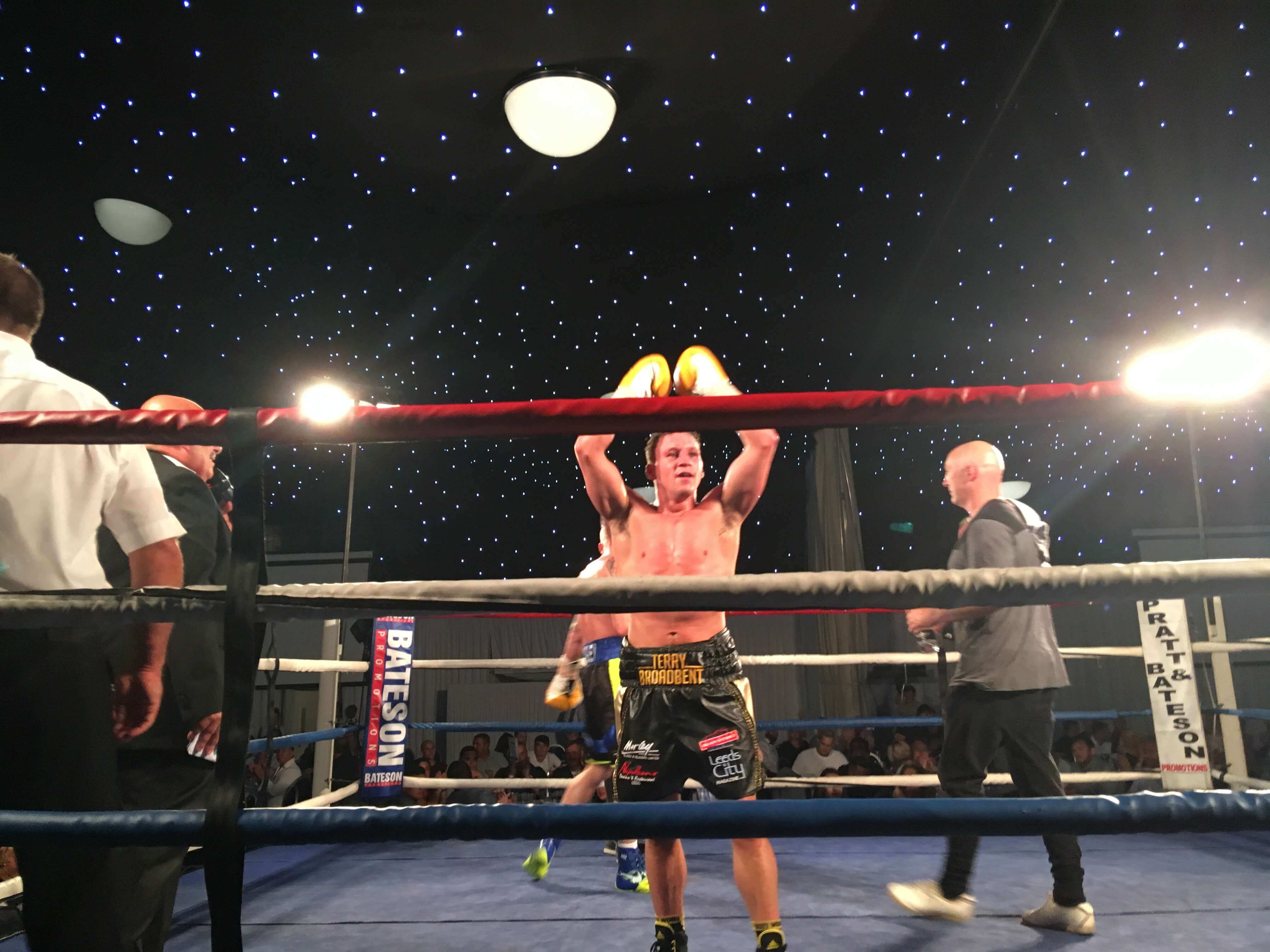 Morley Glass & Glazing is getting into the ring with a new sponsorship opportunity, with the integral blind manufacturer pledging its support to up and coming boxer, Terry Broadbent, as he attempts to make a name for himself in the world of professional boxing.

Having previously taken a break from the sport to focus on his contract cleaning company servicing companies in and around Leeds, Terry made the decision this year to give his all to the sport he loves, selling his part in the business in order to devote himself to the sport full time. In a show of support for the talented sportsman, a number of the companies Terry previously worked with in his cleaning business, including Morley Glass & Glazing, have come together to sponsor him as he aims to achieve his ultimate goal of boxing for a world title.

At the start of September, the Morley Glass team was at Elland Road to cheer on Terry in his comeback fight as he was awarded a 40-35 points win over Russ Midgley, in what was described as a ‘confident and impressive performance’.

Ian Short, managing director at Morley Glass & Glazing, commented: “Having been based in Leeds for almost 20 years, supporting a variety of local sports and community clubs is a large part of our proactive corporate social responsibility programme. Having known Terry for a number of years now his passion for the sport is clear and it’s a privilege to be able to help him follow his dream. We’re looking forward to seeing big things from him in the future!”